The Blind status effect blacks out most of the victim's screen, leaving a small area visible. All players also disappear from the minimap when blinded. When Droids are blinded, they become completely immobile and can no longer attack until the effect wears off. 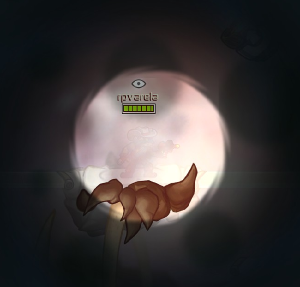 Blind is represented by an eye above the victim's healthbar and a black fog covering all but the imediate area around the victim.