Straight out of the marsh pond ghettos of planet Ribbit IV comes the amphibious B.I.G., also known as Nate Frogg, but mostly known as Froggy G. Growing up in the baddest part of town, struggle and incarceration surrounded Froggy from an early age. Taking part in his first swim-by shoot out as a tadpole, Froggy seemed destined for a life of crime and prison. 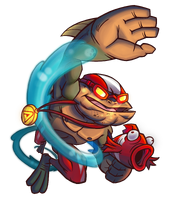 Ready? Set! GO!!! 16 times Space Olympic gold medalist Froggy G is here to farm some gold with perfect technique and a brutal training schedule. Add to that a pair of supertight swimming trunks and we've got a clear winner. The Grandmaster Splash skin! It costs $2.49. 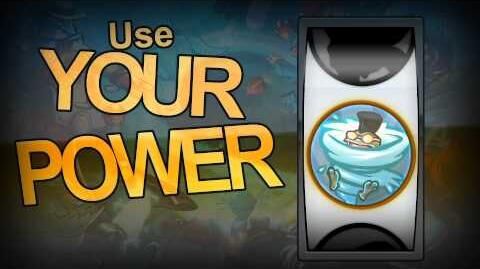