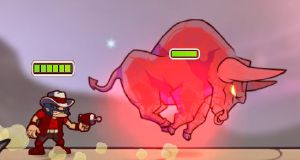 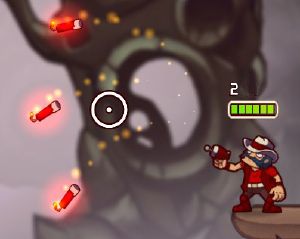 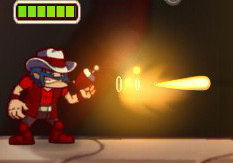 Once the entire Bovinion civilization had been wrangled, the cowboy, naming himself Sherriff Lonestar, rode a rocket ship into the sunset, his job complete. Now Sherriff Lonestar fights as a mercenary in the robot wars, combining his awesome cowboy-powers with high tech weaponry to earn some solar to spend on whisky and cigars. 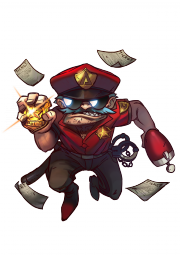 Pull over buster! Freeze! The strong arm of the law has arrived and is gonna give you a ticket for looking horribly out of style in that old Cowboy attire! Your enemies will respect your authority if you upgrade your old Sheriff outfit with the new Officer Lonestar skin, and if they don't they'll be looking at four to five years in an intergalactic state penitentiary.It costs $2.49. 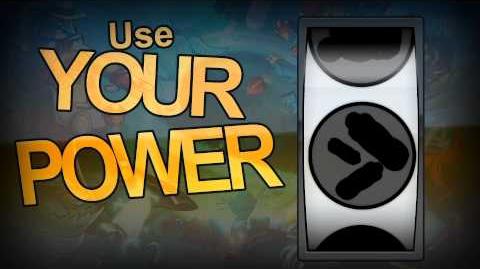