The Create-a-'Naut Contest (also referred to as Design-a-'Naut or Design-Your-'Naut) is an irregularly scheduled, multi-part event hosted by Ronimo, where community members design Awesomenauts, one of which will become a playable character. The first part is a contest where members of the community submit designs for fan-created Awesomenauts, including backstory, skill set, and general playstyle. Ronimo then reviews these designs and chooses a number of finalists. The community votes on their favourite finalists, and Ronimo begins developing that character, eventually adding them to the game. The second part is an art contest, where artists from the community draw their interpretations of the winning 'Naut. Once again, these are submitted, reviewed by Ronimo, and several finalists are chosen, which are voted on by the community.

Community members can then suggest voice lines for the winner, which were selected by Ronimo and used. However, this is no longer a feature exclusive to Create-a-'Naut winners, and selecting community lines became common practice for new characters until the release of Rocco.

In the second contest, there was also a voice acting competition, where community members could audition to voice the winning 'Naut. Unlike the previous two steps, these were reviewed by SonicPicnic, and there was no community vote.

Runner-ups of any of the contest's stages (aside from selecting voice lines) are given a Silver Octopus badge, while the winners are given a Golden Octopus instead.

The first Create-a-'Naut Contest began on [DATE] and ended [DATE]. Out of 697 entries, the following Awesomenauts were selected by Ronimo: 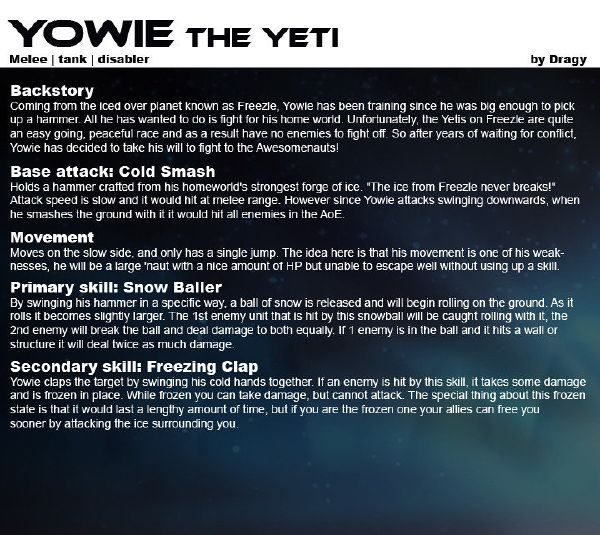 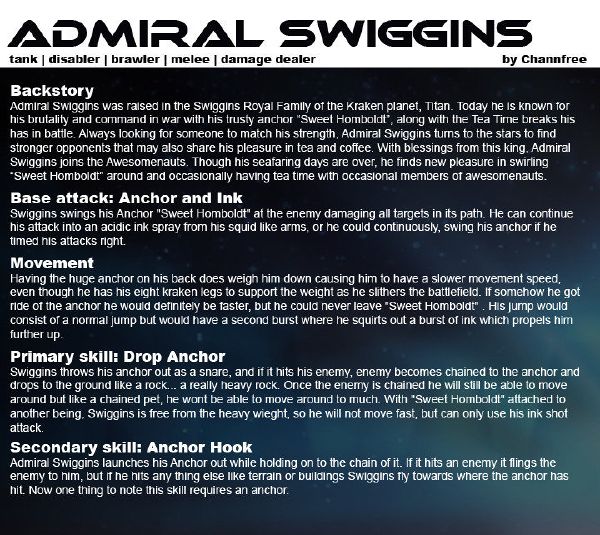 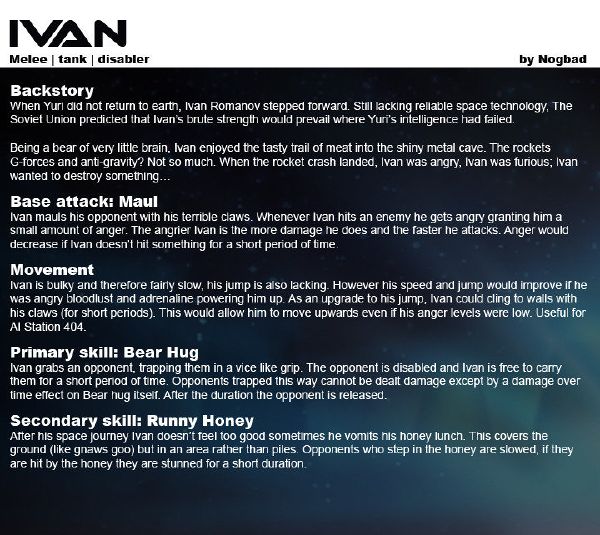 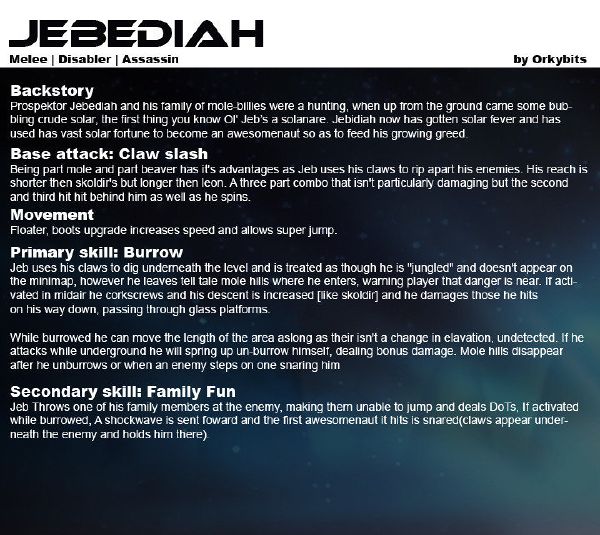 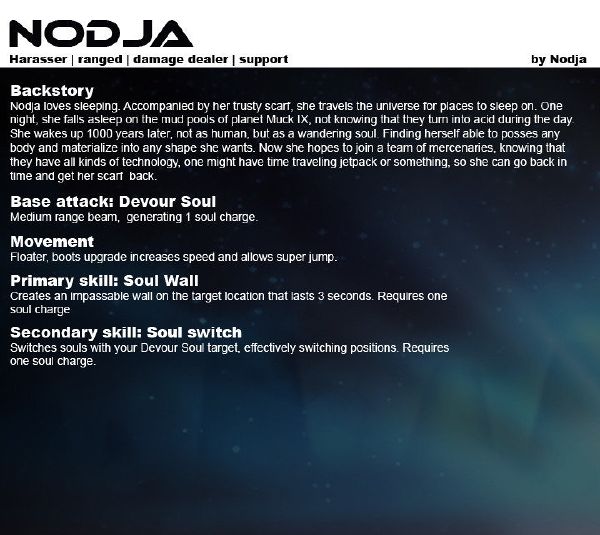 Admiral Swiggins was selected as the winner by the community. His design was drawn by Coffeybean4.

The second Create-a-'Naut contest began on [DATE] and ended [DATE]. Out of 944 entries, the following Awesomenauts were selected by Ronimo: 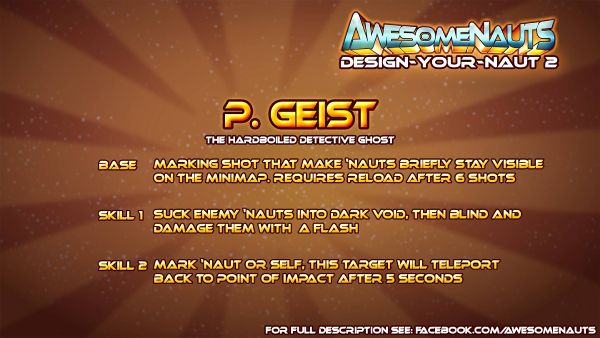 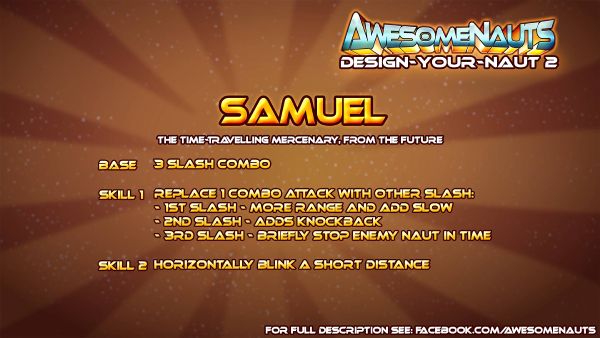 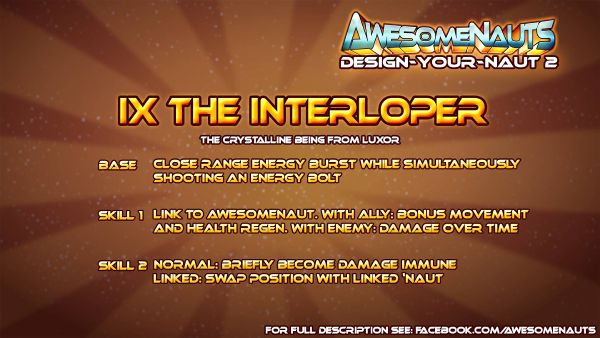 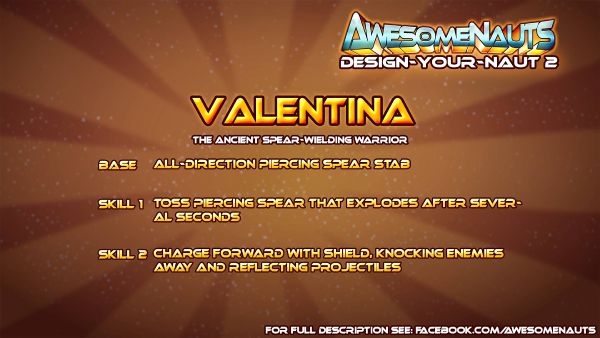 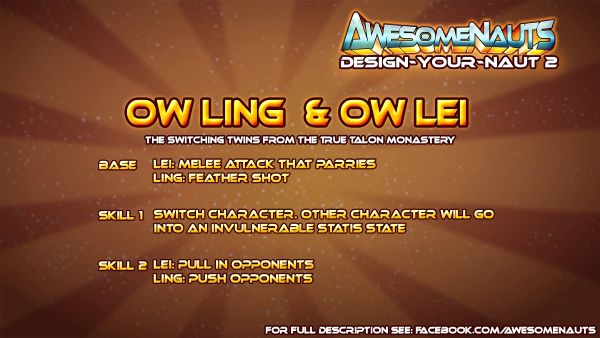 Detailed information on each of the finalists can be read here [2].

Ix the Interloper was selected as the winner by the community. His initial design was drawn by PixelHat, then redrawn (also by PixelHat) to increase the readability of his sprite. His voice actor was chosen to be Arin Scalfo.