To create a screen distortion or blur effect, create a Texture object in the map editor and choose the right blendMode. The colours of your texture determine the strength of the effect. Here's what the colours do for the various relevant blendModes:

Screen distortion and local blur are very expensive effects. Do not use them for subtle, hardly visible effects. Some performance rules/guidelines: 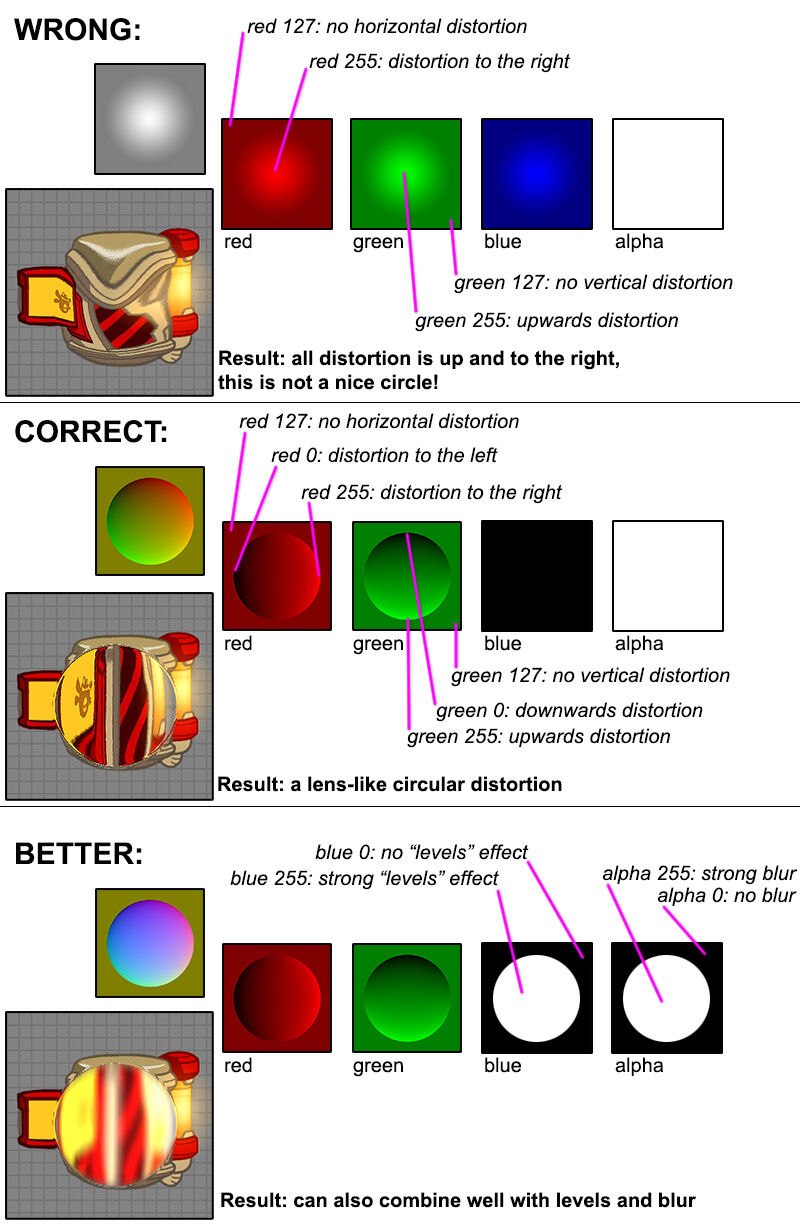