This guide will give insight into my playstyle as the magnificent, totem obsessed, jamaican accented Skree. So what is your playstyle? I hear you asking. I play Skree as a harrasser/burst damage semi-carry. For those who don't know what that means, let me explain it to you. A harrasser is somebody who can almost constantly deal damage to the opponents, lowering their health to the point where they have to go back to base, and a burst damage character is one that can deal a large amount of damage in an extremely short amount of time, without necessarily having the follow-up damage. A semi-carry is a character that probably won't completely win the game for the team, but will assist a large amount in doing so. Semi-carries also do better in the middle of the game, and not the beggining/end. 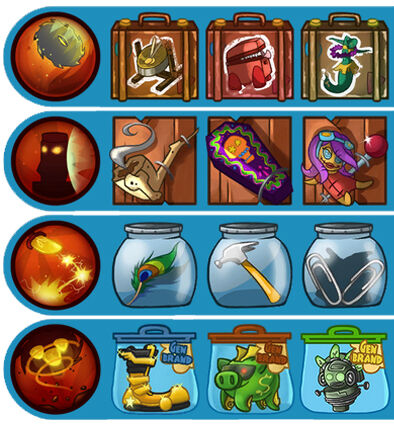 Early Game: In the early game you are going to want to gain as much solar as you can. Use your sawblade to take out creep waves one at a time until you get about 540 solar. Until then you will be extremely killable, so be careful. With that 540 solar you are going to want to buy the damage and size upgrades on your sawblade, then get back into the fight.

Mid Game: Now you have the ability to get some kills. What you are going to want to do is harrass the enemy with your sawblade, cutting away at their health at an insane rate. This way, when the go back to base you can continue farming. Save up 320 solar and get the slow on your Sawblade next. You are then going to want to get your totem ability so you can block people in and save yourself if you need to.

Late Game: By now you should have all of your AA or Auto Attack upgrades, and you should be halfway through your totem upgrades. People are by now, very tanky and hard to kill so be careful, but you can deal a HUGE amount of damage to them back. You are going to want to hit them with your sawblade, you your totem behind them and AA them to death whilst you jump around and scare them to death.